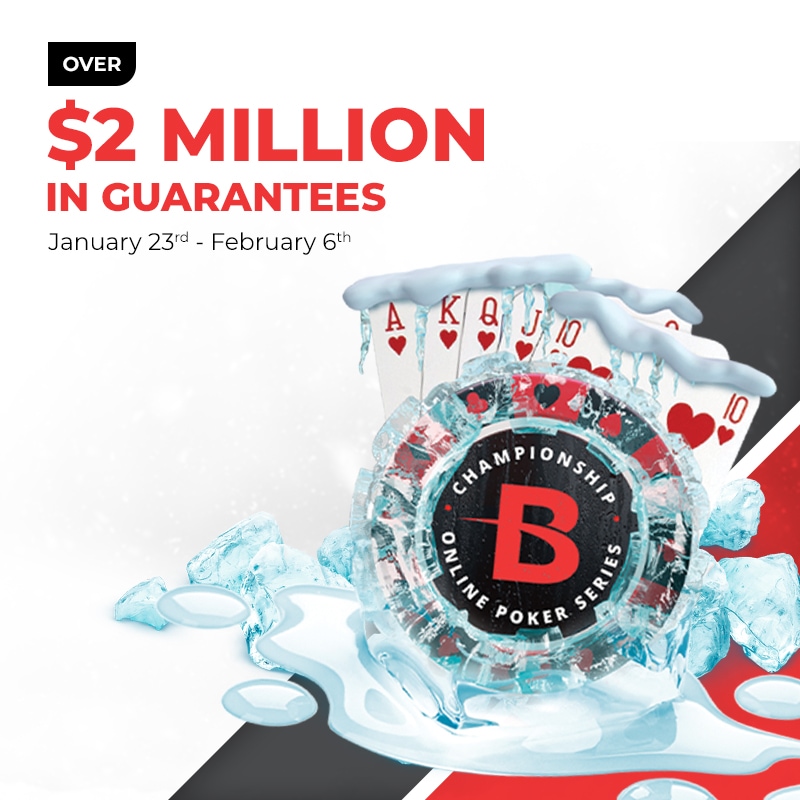 Break the ice of 2022 with the first Championship Online Poker Series event of the year!

Shake off the winter chills by playing at BetOnline’s signature Poker Series, where you can partake in over $2 Million in guaranteed prizes! Running from January 23rd through February 6th – with buy-ins as low as $11 up to $320, ending with a massive $300,000 Guaranteed Main Event.