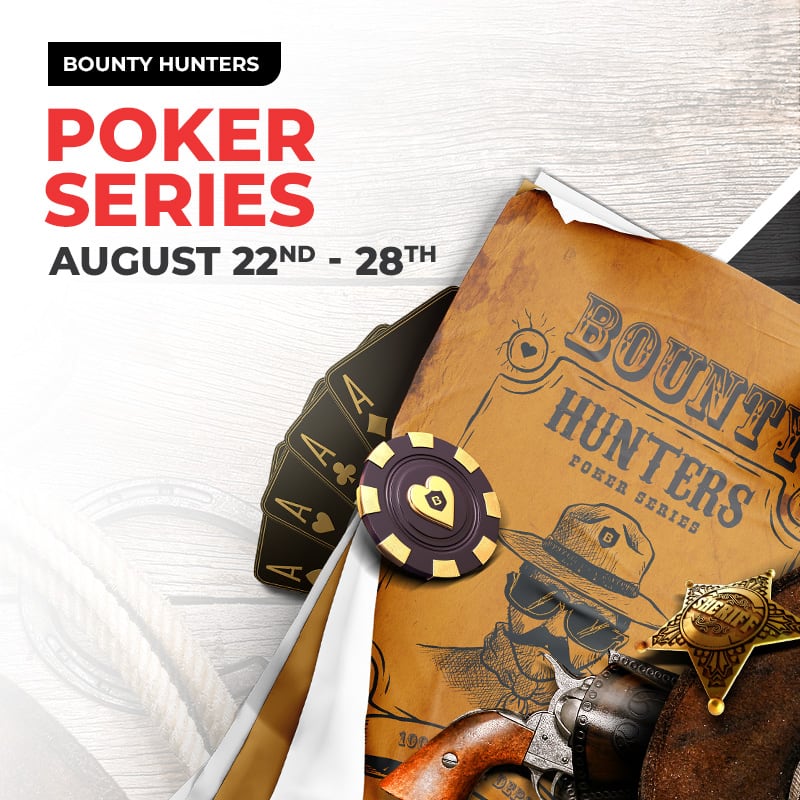 It's Bounty Hunting season at BetOnline!

Everyone becomes an outlaw from August 22nd to 28th, but you’ll also have your chance to score some bounties. Play in some of the most exciting tournament events and take out some villains to boost your bankroll this month. The Main Event is a $50,000 PKO with and $22 buy-in.

All tournaments are PKO events (Progressive Knockouts) with a 50/50 buy-in. That means 50% of your buy-in becomes part of the tournament prize pool and the other 50% becomes a bounty prize on your head. Knocking a player out will award you with half of their bounty while the other half gets added to the price on your head.

The PKO format gives players the chance to win cash from any player that you eliminate in the tournament. Bounties get bigger as the tournament plays out.

Late Registration notice: You might want to show up early because late registration on these PKO events is only 90 minutes long.

Each day players will get the chance to play a Shootout event for those that collect at least one Bounty in these special events. At midnight, an Instant All-In Shootout will gather the successful Bounty Hunters and give them the chance to collect a share of $1,000. The number of knockouts each day will determine your starting stack in this shootout event:

A bigger starting stack means bigger chances of survival in the Bounty Hunters Shootout so make sure you collect as many bounties as you can during the day!

Here’s the full schedule of events in our Bounty Hunter Series: